Skip to main content
Stago Around the World
Speciality Brands
My Qualiris QC Our international external quality assessment (EQA) programme, and make the most of all Stago’s expertise. Our inter-laboratory comparison (ILC) business is ISO/IEC 17043 accredited.
My Expert QC My Expert QC was designed as part of a process of continuous improvement of quality control management. It enables users to compare their internal quality control results with those of their peers on any instrument of the STA range.
STA-NeoPTimal The website dedicated to the PT offer (STA-NeoPTimal) with unique performances to meet your productivity needs.
Stago webinars Stago provide you with the latest information regarding new tests, new markers or key assays of Thrombosis and Haemostasis.These educational sessions are provided by healthcare professionals and international key opinion leaders in the field.
Haemostasis

The 1st case of thrombosis
First case of thrombosis described in the literature. A Franciscan monk, GUILLAUME DE SAINT PATHUS reported symptoms characteristic of deep vein thrombosis (worsening oedema and pain in the right calf spreading to the thigh) in a young Norman cobbler, Raoul.
1856 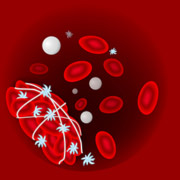 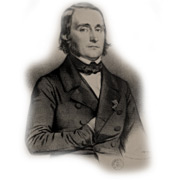 The Trousseau syndrome
ARMAND TROUSSEAU, a French doctor and politician, describes the frequent association between thrombosis and cancer, from which he later suffered himself. Today “Trousseau’s syndrome” denotes the development of multiple thromboses at various sites before discovery of the tumour.
1916 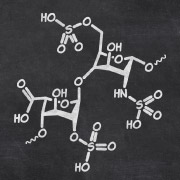 The Heparin
Jay Mc Lean isolates and identifies molecules with anticoagulant properties from dog liver extract, which he names HEPARINE The anticoagulant isolated independently by Maurice Doyon in 1911 also proved to be heparin.
1931 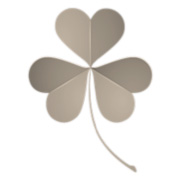 The vitamin K antagonist
An American vet observes a large number of deaths through bleeding in cattle that had eaten mouldy sweet clover. The DOCTOR KARL LINK and collaborators identify the molecule responsible in this clover: dicoumarol, the antidote for which is vitamin K.
1939 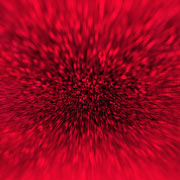 The anti-thrombin
First descriptions, by Tage Astrup of a physiological anticoagulant protein, the effect of which is 2000 more potent in the presence of heparin. It was successively named “pro-antithrombin”, “antithrombin III”, and nally“ANTITHROMBIN”. However, its de cit is described in 1965 by Olav Egeberg.
1960 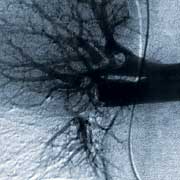 The angiography - The scintigraphy
Pulmonary ANGIOGRAPHY and VENTILATION/PERFUSION SCANNING enter into clinical practice. Before the advent of these investigations, pulmonary embolism was mainly diagnosed... after the patient’s death.
1970

The D-Dimer
The D-Dimer measurement is proposed as exclusion test for DEEP VENOUS THROMBOSIS and PULMONARY EMBOLISM.
1993

The factor V Leiden
Discovery by Björn Dalhbäck of a mutation in the gene for coagulation factor V that promotes thrombosis. It was named after the town in the Netherlands where it was discovered: the FACTOR V LEIDEN mutation.
2001

Thrombosis and air travel
WHO recognises the association between THROMBOSIS AND AIR TRAVEL. The likelihood of developing deep vein thrombosis doubles after a ight of about 4 hours in patients at increased risk.
2008

The direct oral antigoagulants
A new class of anticoagulant drugs are introduced on the market alongside heparins and vitamin K antagonists: THE DIRECT ORAL ANTICOAGULANTS.
2011